A Long and Distinguished History

A building, which incorporated a synagogue and school, was erected on the site. Membership grew and the small building became inadequate. In 1873 land for the existing synagogue at 488 Albert St East Melbourne was purchased for the sum of 2261 pounds. The foundation stone was laid in March 1877 and the Synagogue was opened in September of that year in the presence of communal leaders of all denominations.

Since that opening over 150 years ago, East Melbourne Synagogue has played a vital part in the life of Melbourne Jewry. With the many weddings, barmitzvahs and other simchas conducted there, it has deeply touched the hearts and the minds of thousands of men, women and children in the Melbourne Jewish community and beyond. There are countless stories about East Melbourne, and each family has one to tell. 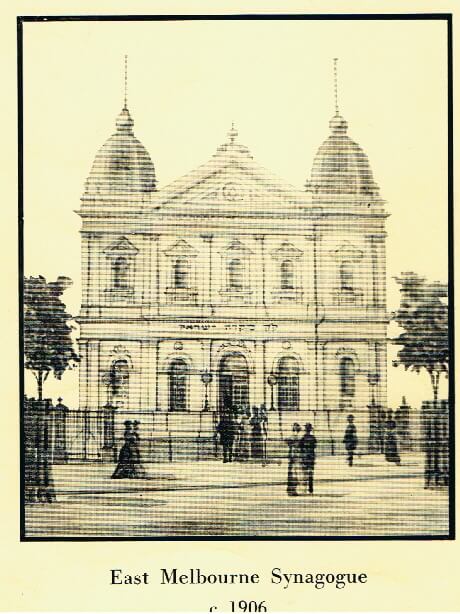 With thanks to our major supporters